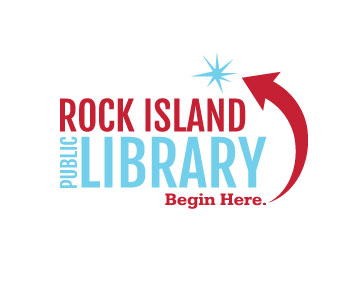 A Rock Island family’s longtime commitment to the city’s library system has been recognized by having a new branch library named in their honor.

The new name, Watts-Midtown Branch, was announced as construction continues on the new Rock Island Public Library (RIPL) branch. It will be located inside the future Two Rivers YMCA facility at 2715 30th St., Rock Island.

The RIPL Board of Trustees officially approved the Watts-Midtown Branch name to honor the late Lorene Evans Watts, and her son, Eudell Watts III, who now is in his third term as president of the board of trustees.

The Watts family’s contributions were highlighted by the library and the Rock Island Public Library Foundation at its recent Food for Thought fundraiser on Thursday, June 9. The event’s proceeds were designated for the Lorene Evans Watts Fund for Children Materials. An annual percentage of the fund’s income benefits children’s services and programming at the library.

Community service and social justice are somewhat of a Watts family legacy. “Mom always found a way to help people, and that rubbed off on us and on Dad. It really rubbed off on everybody. They went about it in a quiet way,” her daughter Marie (Watts) Grigsby said.

“They helped more people than we’ll ever know,” Eudell Watts added, noting that his mother was well known throughout their neighborhood as an after-school and summer tutor, and for the informal food program she led to help neighbors in need.

He recalled how a former neighbor and teacher once told him, “That there were days when we didn’t know if we would make it, if not for Mrs. Watts.”

After her library board appointment by then Rock Island Mayor James Haymaker, Mrs. Watts served from September 1968 through late 1973. She completed terms as board secretary from 1969 through 1971, and served as vice president during the library’s centennial year of 1972-1973.  She also served on the board’s personnel, books and periodicals, finance, and Operation Read committees.

Her other community involvement included serving on the first Rock Island Human Relations Commission from 1960 to 1965. She professed to the secular order of St. Francis, served as a delegate from then St. Joseph Church, Rock Island, to the Synod 6 Diocese of Peoria General Assembly in March 1974.

Her son Eudell later was appointed to the library board by then Rock Island Mayor Mark Schwiebert in October 2003. He currently serves as president. He also represents the library on the Rock Island Public Library Foundation Board of Directors.

Mr. Watts also has contributed his culinary talents to the Foundation’s Food for Thought fundraisers, and established the Lorene Evans Watts Memorial Fund for Children’s Materials with the Library Foundation. Created to honor his mother’s contributions to education, the fund now is worth more than $50,000. The library receives an annual disbursement from the endowment.

Lorene Evans Watts: Born in Pilot Point, Texas, on Oct. 9, 1907, Lorene Evans attended Walnut Grove School in Roanoke, Texas, a one-room school – donated and built in 1909 by her paternal grandfather, J.D. “Bob” Jones. She graduated in 1926 from Kewanee (Illinois) High School, where she lived with her paternal grandparents to avoid school segregation in Texas.

From 1929 to 1935, she returned to her hometown to teach at Walnut Grove School. She earned her teaching certificate at Prairie View A&M University, a historically Black university, attending part-time from 1926 to 1932.

In 1935, she married Eudell Watts Jr. in Kewanee. The couple later moved to Rock Island where they raised Marie, Eudell III, James, John, and David.

In 1959, she enrolled as a senior at Marycrest College, Davenport, earning her bachelor’s degree in education and graduating along with her daughter Marie. She returned to St. Joseph’s Grade School and taught third-grade there from 1959 to 1963.

Mrs. Watts was a lifelong learner, taking art, French and art education courses at The Sorbonne in Paris, as well as at Augustana College, Rock Island, and Black Hawk College, Moline. She died May 31, 1976.

Eudell Watts III has served on the RIPL Board of Trustees and Rock Island Public Library Foundation board for 19 years.

Over the years, he has owned and operated multiple local businesses including, most recently, Old Arthur’s BBQ Sauce. He has volunteered for the St. Joseph’s evening meal board of directors, the Rock Island and Illinois Jaycees, Franciscan Hospital Board, Quad City Chapter of the American Red Cross, and Breakfast Optimist Club.

A lifelong Rock Island resident, Mr. Watts has maintained an enduring focus on social justice. He was the youngest member and only person of color on the committee that established Franciscan Hospital (now UnityPoint Health – Trinity Rock Island.)