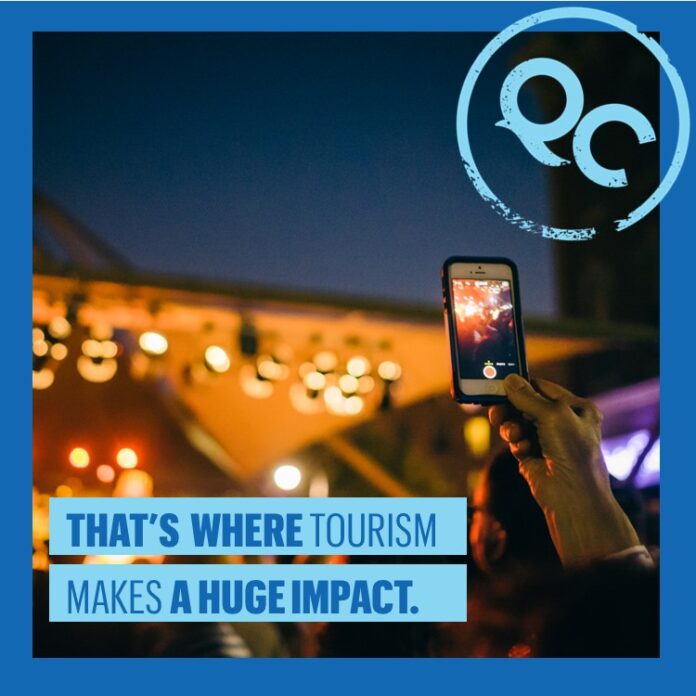 A catchy new slogan, “QC, That’s Where!,” is the linchpin for a new marketing campaign that both business and tourism officials hope will bring people to the Quad Cities to work and play, while at the same time adding to the region’s tax base, talent pool and economic resurgence.

Launched at the end of October by Visit Quad Cities and the Quad Cities Chamber of Commerce, the landmark joint campaign offers the flexibility to pivot to whatever topic or fact businesses and organizations wish to promote. Such as in “QC, That’s Where the cost of living is 16 percent below the national average” or “QC, That’s Where the new Interstate 74 bridge over the Mississippi River connects Illinois and Iowa.”

The slogan also can be used in reverse, as in “Where’s a Top 10 town for Millennials to live? QC, That’s Where!”

Visit Quad Cities and the Quad Cities Chamber employed the services of Resonance Consultancy, a leading advisor in tourism, place strategy and branding, economic and real estate development, to develop the regional brand. The process included a significant amount of feedback from community groups and residents.

“We are grateful for the collaboration and teamwork by many civic leaders and community stakeholders that have been involved with this process and initiative,” said Dave Herrell, president and CEO, Visit Quad Cities, in a news release announcing the campaign.

“QC, That’s Where! gives the region braggability,” Ms. Doehler-Morrison said. “It’s fresh, it’s timeless and it has so much flexibility.”

Expanding the process outside immediate staff was a key piece of the decision making. Feedback on the “QC, That’s Where!” slogan was positive, with a reaction of “Wow, that really makes sense,” Ms. Walker said. 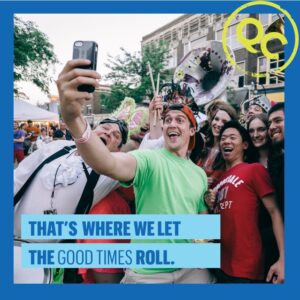 From the chamber’s standpoint, the marketing campaign is being used immediately to work toward regional goals of reaching 500,000 population (now at 470,973) and $40 billion in Gross Regional Product (now at $27 billion), by 2030.

“QC, That’s Where! will leverage significant investments that are accelerating the Quad Cities as a great place, including our downtown and neighborhoods; schools, colleges and universities; cultural amenities; and many new and expanded businesses,” said Paul Rumler, the chamber’s president and CEO, in the launch news release.

With a region that encompasses six counties and 18 cities and towns, the campaign gives governments and organizations a full range of options to make the brand their own, including a variety of logos and colors.

The City of Bettendorf was quick to use the slogan in a Facebook post on the day of the campaign launch, with this message, among others: “Where’s a Top 100 best place to live in the U.S.? QC, That’s Where!”

Bettendorf Economic Development Director Jeff Reiter said the collaboration between the Quad Cities Chamber and Visit Quad Cities is a strength of the campaign. “It’s forward-thinking,” he said. “I was excited to see them launch this together.”

Building up the region benefits everyone, he said, citing the “rising tide lifts all boats” philosophy.

Moline Mayor Sangeetha Rayapati has been posting messages with the “QC, That’s Where!” theme on her official Facebook page. Including this one in mid-November: “QC, That’s Where schools and communities provide unique opportunities for our children, like the Morning Coffee Club at Wilson Middle School, where I was a discussion leader this morning.”

Ms. Rayapati, as professor of music and head of the voice program at Augustana College in Rock Island, has been involved over the years in recruiting faculty, including giving tours of the community.

The new marketing campaign “is really going to help those not originally from here understand what the QC is all about. It allows people to see what’s possible.”

At St. Ambrose University in Davenport, “giving students outside the community a sense of where we are and what the QC offers is important,” said Craig DeVrieze, director of communications, noting the new QC branding campaign “is tailor-made for that.”

Many students who come to the QC to attend college end out getting jobs here and making the community their home, adding to the region’s pool of talent and leadership.

“They’re involved in the JDC, United Way, Bix,” he said. 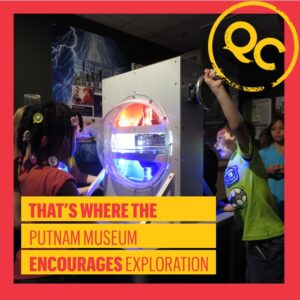 Visit Quad Cities is promoting the new brand on all of its social media platforms and will be using it in a new digital ad campaign to kick off in January, coinciding with the popular Bald Eagle Days, which draws many visitors from outside the area, said Ms. Doehler-Morrison.

Billboards in the Chicago market are a possibility as “we get a ton of visitors from the Chicago area,” she said.

More information on the campaign as well as a toolkit for its use can be found at www.QCThatsWhere.com. The website also features an energy-charged 90-second video highlighting the campaign through images of familiar events like the John Deere Classic, Tugfest and Floatzilla as well as glimpses of the area’s health care, agricultural, manufacturing and hospitality industries.

“Every community is looking for talent right now,” said Ms. Walker. “We have to set ourselves apart.”

How Quad Citizens are using new QC, That’s Where! brand

Here are just a few of the dozens of submissions to the “Share the Love” section of the website for QC, That’s Where! at www.QCThatsWhere.com.