The Bettendorf brewery will host a Celebration Event from 2-6 p.m. at its 3659 Devils Glen Road location on behalf of BBBS of the Mississippi Valley. The fundraiser will celebrate both BBBS’ decades of devotion serving Quad Cities youth and thank the courageous volunteers who will go Over the Edge of the Back Hawk Hotel for BBBS on Saturday, Aug. 27. 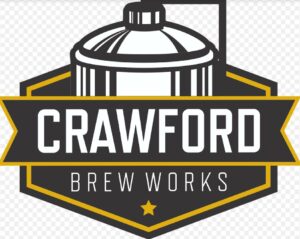 The event will include festivities such as Scott Stowe, an acoustic guitarist, performing country rock from 3-6 p.m. Floyd’s Burgers will be available for purchase from noon-3:30 p.m. and 4:30-7 p.m.

Attendees of all ages (and their dogs) are invited to join the fun. Get three chances to Dunk an Edger (the volunteers who agreed to go over the hotel’s edge) by donating $10 to the cause. All donations will help BBBS and its Edgers reach their fundraising goals.

The Over The Edge event, presented by Bank of America and Active Endeavors, will be from 9 a.m. to 5 p.m. Aug. 27 at the Hotel Blackhawk in downtown Davenport. Come cheer on the 100 volunteers who will rappel 11 stories down the north side of the hotel as a BBBS fundraiser.

The 2022 fundraiser marks the fifth year it has been hosted in the Quad Cities, which joins communities across the country in supporting and raising funds for BBBS. To date, the local BBBS chapter has raised more than $625,000.

Those who can’t make the Celebration Event are invited to patronize Crawford Brew Works next month when it hosts BBBS guest bartenders with all tips earned going to the nonprofit. The guest bartending lineup will be:

Donations for BBBS and Over The Edge also are being taken through the OTE Big Hero page.