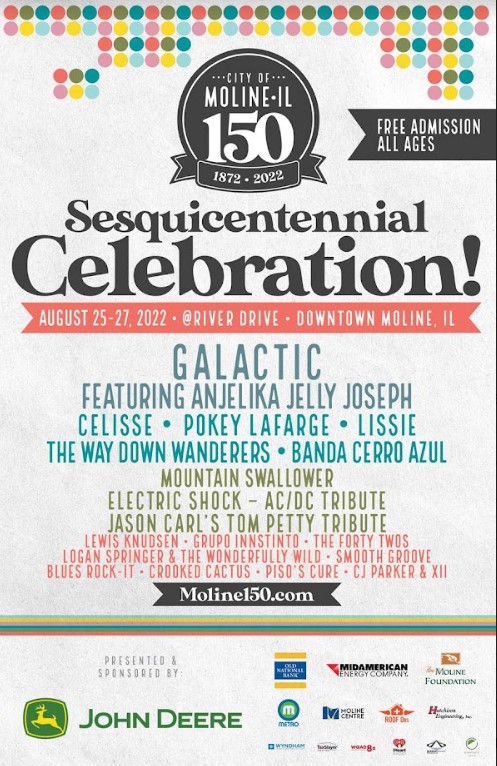 Nearly 20 bands from a variety of genres have been added to the bill for the Moline 150 three-day downtown music, history and arts street festival Aug. 25-27.

The Thursday through Saturday event is part of the week-long celebration of Moline’s Sesquicentennial celebration, which is presented and sponsored by John Deere.

The headline acts chosen serve a wide variety of musical tastes. For example: