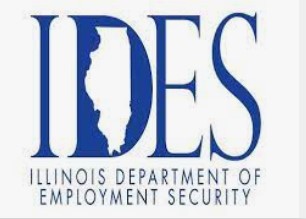 Illinois’ unemployment rate continued to inch down, falling to 4.6% in April from March’s 4.7% estimate. At the same time, a growing percentage of Illinoisans also are participating in the workforce, according to Illinois and U.S. employment officials.

The Illinois Department of Employment Security (IDES) announced Thursday, May 19, that the unemployment rate fell 0.1%, while nonfarm payrolls increased by 9,300 in April, based on preliminary data from the U.S. Bureau of Labor Statistics (BLS) and released by IDES.

In April, the industry sectors with the largest over-the-month gains in employment were: Leisure and Hospitality, up 7,300 jobs; Manufacturing, up 5,700; and Educational and Health Services, up 3,500. The sectors that reported the largest monthly payroll declines were: Professional and Business, down 11,100 jobs; Financial Activities, down 2,200; and Trade, Transportation and Utilities, down1,700.

Farm payrolls also were up 4.1% over-the-year in Illinois and up 4.6% in the nation. Nonfarm payroll employment also increased by 235,800 jobs, with gains across nearly all major industries.

“Illinois’ economy is continuing on a strong positive trajectory,” Illinois Deputy Gov. Andy Manar said in a news release. “Through collaboration with local partners, employers, and job seekers, we are strengthening our workforce system for the long run.”

He encouraged businesses and workers to visit Get Hired Illinois for helpful resources.

“Not only does the unemployment rate continue to decline in Illinois, but a growing percentage of Illinoisans are participating in the workforce,” added Sylvia Garcia, director of the Illinois Department of Commerce and Economic Opportunity. “As job numbers in key industries such as manufacturing and hospitality continue to increase, DCEO continues to focus on an equitable recovery with workforce development programs like the Job Training and Economic Development program, announced this week, that focuses on increasing access for  underserved and underrepresented communities to good paying careers.”