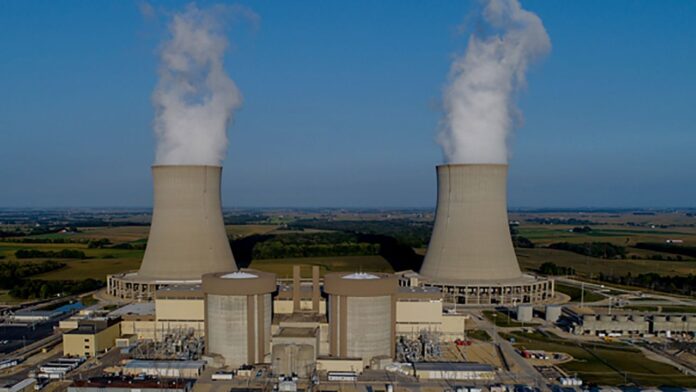 Illinois should be proud of its approach to energy, especially with regards to nuclear power. It might have the best, most balanced energy model in the country.

It’s going the wrong direction in other states.

While Iowa is a leader in wind, it failed to keep its only nuclear power plant, the Duane Arnold Energy Center (DAEC), operational. And other states like California are inexplicably considering shutting down their nuclear power facilities.

If states and environmentalists are really serious about combating climate change then preserving nuclear power stations should be job one.

Consider that U.S. emissions sharply rose 6.2% in 2021 compared to 2020, according to a report by the energy research and consulting firm Rhodium Group. The increase was primarily due to increased transportation activity and a greater reliance on dirty sources of energy. U.S. coal generation rose for the first time in over six years, jumping 17% in a single year because natural gas became more expensive, according to a news report.

Nuclear power generation has been disadvantaged by unbalanced subsidies to wind and solar projects and the relatively low cost of natural gas over the past several years.

States can either step in and help preserve nuclear plants and their essential baseload energy or they can try to harness as much renewable energy as possible, knowing that it probably won’t be sufficient and then still rely on coal and natural gas.

Last September, Illinois lawmakers took the aggressive step of agreeing to spend up to $694 million of energy ratepayers’ money over the next five years to keep several Illinois money-losing nuclear power plants open.

It was the right thing to do.

It might seem inappropriate to give money to profitable energy corporations, but the reality is that it’s already been done with the aforementioned subsidies and tax incentives for other forms of energy. After all, energy companies are in business to make money. And importantly, if these nuclear power facilities were to be shut down then, the economic consequences to the regions where they are located would be devastating.

The other advantage Illinois now has is that Exelon Corp. on Feb. 4 spun off its Illinois nuclear fleet to Constellation, the nation’s largest producer of carbon-free energy.

Making nuclear power a priority for a company and a state is a combination for success.