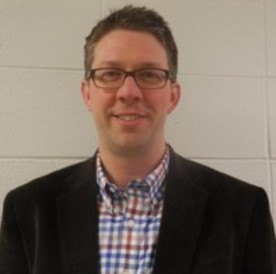 The former Morrison, Illinois, city administrator’s new role is expected to be critical in assisting City Administrator Bob Vitas as Moline attacks a large stack of ambitious goals created in conjunction with the community.

“We have more than 80 strategic goals, most of which are already underway, and at least as many additional projects and programs that aren’t in the strategic plan we have to execute,” Mr. Vitas said. “Barry will be instrumental in helping on the operations side and his experience as a city manager is invaluable.”

Mr. DykHuizen formally resigned from his last city manager post at the July 26 Morrison City Council meeting. While he appreciated the opportunity to lead his hometown, which has a population of 4,085, Mr. Dykhuizen said he was looking for a new challenge in a larger community, and Moline – which lists its population at 42,985 – fit the bill.

“I like how the city council here has engaged in a lot of planning and has a strategic vision for what it wants to accomplish; it is appealing to join that kind of team,” he said.

Duties for the post listed on the city’s comprehensive notice include:

During his nine-year tenure as administrator of his hometown, Morrison was awarded a Governor’s Hometown Award for the creation of an artist’s retail cooperative and worked to have its downtown designated as a Main Street Historic District to boost redevelopment. He also previously served as city manager in Guttenberg, Iowa.

Mr. Dykhuizen said one reason he was interested in the Moline job was the opportunity to help the city find new, productive uses for more than 12 acres of riverfront and river-adjacent land made available for redevelopment by the demolition of the old I-74 Memorial Bridge. He said his work in Guttenberg – which has three miles of Mississippi Riverfront – instilled a true appreciation for the value of the river to the communities along its banks.

“People in river towns have a reputation for having passion for their communities and for the river,” he said. “It is a unique connection.”