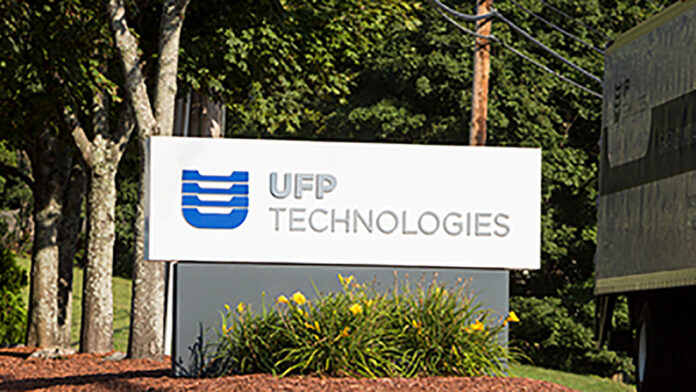 UFP Technologies has sent two truckloads of supplies to people in the Mayfield, Kentucky, area hit by the tornadoes. Supplies include 20,000 bottles of water, coats, shoes and food. The trucks arrived in Kentucky about 4 p.m. Saturday.

Matt LaMere, UFP plant manager in Clinton, said the company donated the bottles of water, and employees donated the other items.

Mr. LaMere was one of the people who drove the two company trucks filled with donations to Kentucky.

One of the main reasons for the donations, he added, is that the Mayfield Consumer Products (MFB) Candle Company is a UFP customer and was hit hard by a tornado.

“We felt we just had to do something,” he added.

The rare December tornadoes hit Kentucky and several other states on Dec. 10-11. At least 20 tornadoes were created during that storm system, according to The Weather Channel.

The death toll was at 88 as of Tuesday.

UFB company officials said they hope the donations will help spur other companies to help the tornado victims and also send donations.

UFB, located at 1521 Windsor Drive, Clinton, is described as primarily a medical device designer and manufacturer of custom devices, sub-assembles components and packaging, using specialized foams, films and plastics, according to the company’s website.