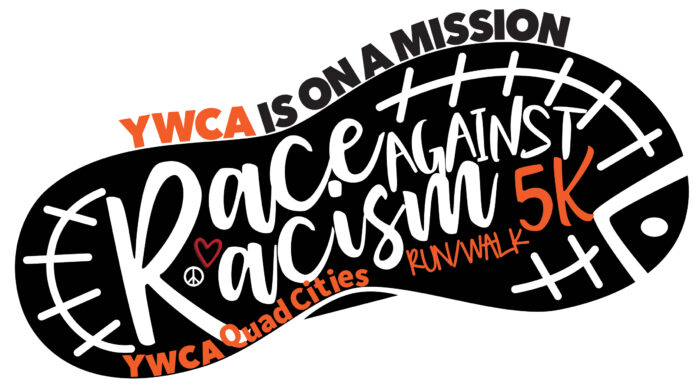 Runners, walkers and other Quad Citians who want to join a movement to combat racism are invited to the YWCA Quad Cities’ 2022 Race Against Racism.

The non-profit will host its fourth annual race on Saturday, May 14, at Lindsay Park Yacht Club in Davenport. The race, which is open to all ages, will feature a 5K run/walk and an untimed 1-mile fun run/walk along the riverfront bike path.

The event also will spotlight and honor those in the community who are using their words, actions and choices to make a significant impact against racism in and around the Quad Cities. The YWCA’s Ambassadors of Change awards will celebrate several individuals who are standing firm to eliminate racism and working to build solutions that unite us rather than divide us.

To nominate an Ambassador of Change, click here. Nominations are due by April 1.

The May 14 race will begin at 9 a.m. But arrive early to visit the Pursuit of Health & Wellness Expo on site sponsored by UnityPoint Health-Trinity. Festivities also include an after-party at the Lindsay Park Yacht Club.

Sponsorship opportunities are still available and include complimentary race registrations. For more information on the race or sponsorships, contact Deanna Woodall, vice president development & growth, at dwoodall@qcywca.org or (563) 340-0310.