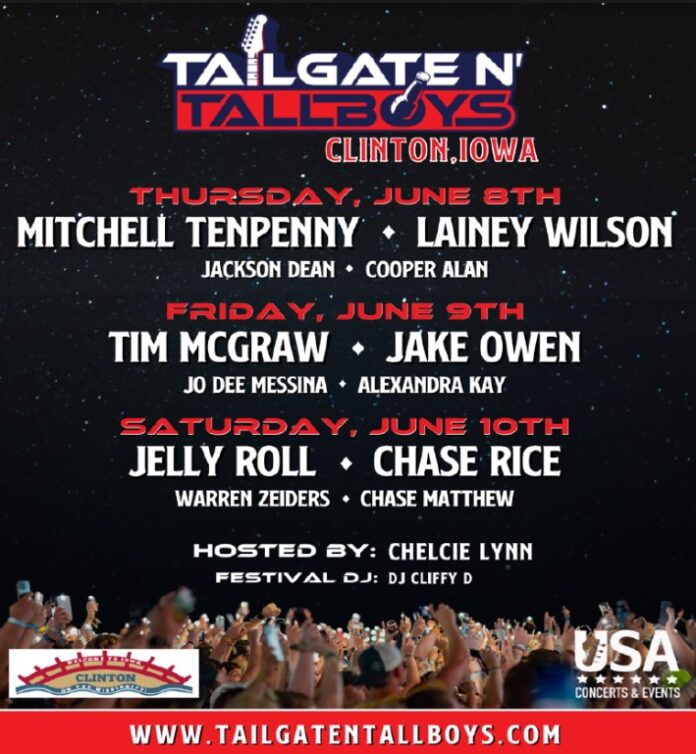 The country music lineup for the Tailgate N’ Tallboys Music Festival was announced on Thursday, Nov. 3, by event organizer USA Concerts. The music fest will be June 8-10, 2023, on the Clinton riverfront at 101 S. First St.

The musical acts announced for the festival include:

The host will be Chelcie Lynn. The festival DJ is Cliffy D.

The music festival was approved earlier this year by the Clinton City Council when inked a contract with USA Concerts. The terms of the contract include:

For more information, go to tailgatentallboys.com.