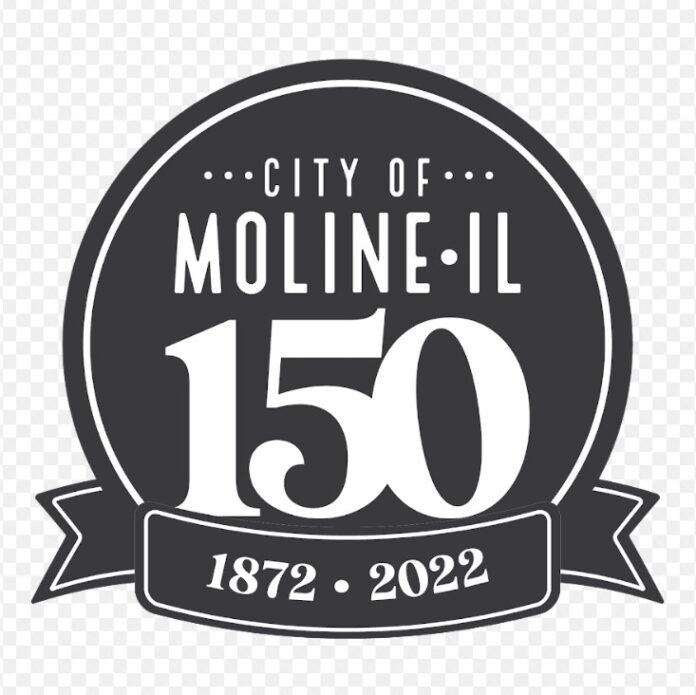 The budget for Moline’s 150th birthday bash this August has doubled after 15 area companies and organizations, led by Moline-based John Deere, pledged $150,000 in financial or in-kind sponsorships to the event.

The recently announced support for the week-long Moline sesquicentennial matches the $150,000 that the Moline City Council set aside last year to commemorate the city’s 150th anniversary.

“The Moline Sesquicentennial Committee had hoped to partner with Deere as presenting sponsor, given the company’s history in and longstanding support for the city,” said Tory Brecht,  the city’s communication coordinator, who serves on the Moline 150 committee. “John Deere himself was the second mayor of Moline and it was due in large part to the company’s growth that Moline became a destination for immigrants and workers from around the world. It only seems fitting that Deere plays a major role in recognizing and celebrating 150 years of Moline history.”

The additional funding and services from the city and the sponsors gives Moline $300,000 to invest in “a first-class event, including a three-day music and arts street festival downtown, across from the TaxSlayer Center Aug. 25-27,” the city said in a news release.

The Moline 150 Sesquicentennial celebration will officially kick off on Monday, Aug. 22 with a Mayoral Luncheon. There will be additional historical programming around town through the week, as well as a partnership with Moline’s annual “Touch-a-Truck” event, which will move downtown near the festival grounds on Saturday.

In addition, Mercado on Fifth will take its weekly party to the main stage on Friday night. All events throughout the week will be family-friendly and free.

Band lineups and a schedule for both the main stage and community stage will be announced soon. Look for those announcements – as well as volunteer, vending and sponsorship opportunities at the Moline 150 website.

The city has hired experienced and well-connected Quad Cities promoter Hive Event Consulting to line up the entertainment.

Kate Dale, who runs the Quad Cities agency with partner Jason Gilliland, told the QCBJ in April, “As a Moliner myself, we jumped at the chance to work with and celebrate the city that I grew up in. Hive has planned festivals all over the QC, but this will be a first for us to do something in Moline, and we look forward to bringing some top-tier entertainment downtown for all QC residents to enjoy.”

She added, “Residents and visitors can expect live music over those three days from local, regional, and national musical talent, alongside supporting plenty of food trucks, restaurants, and community organizations.”

The event also will focus on historical storytelling about the area now known as Moline, and include the story of the native peoples and early settlers who lived in the area now known as Moline. The event will spotlight the role of the Mississippi River and the dam built by the pioneering visionary David Sears. When he came to the area, it had just three buildings, according to the city’s Moline 150 website. Thanks to his dam and the mills he built, the area experienced an industrial revolution of sorts leading to the creation of the City of Mills.

Deere played a prominent role throughout Moline’s history. The town was first platted in 1843, the same year inventor John Deere relocated his innovative steel plow company to the new town’s riverfront. In 1848, the area known as Moline was incorporated as a village.

But it wasn’t until Aug. 29, 1872, however, that the “City” of Moline officially was surveyed and recorded.