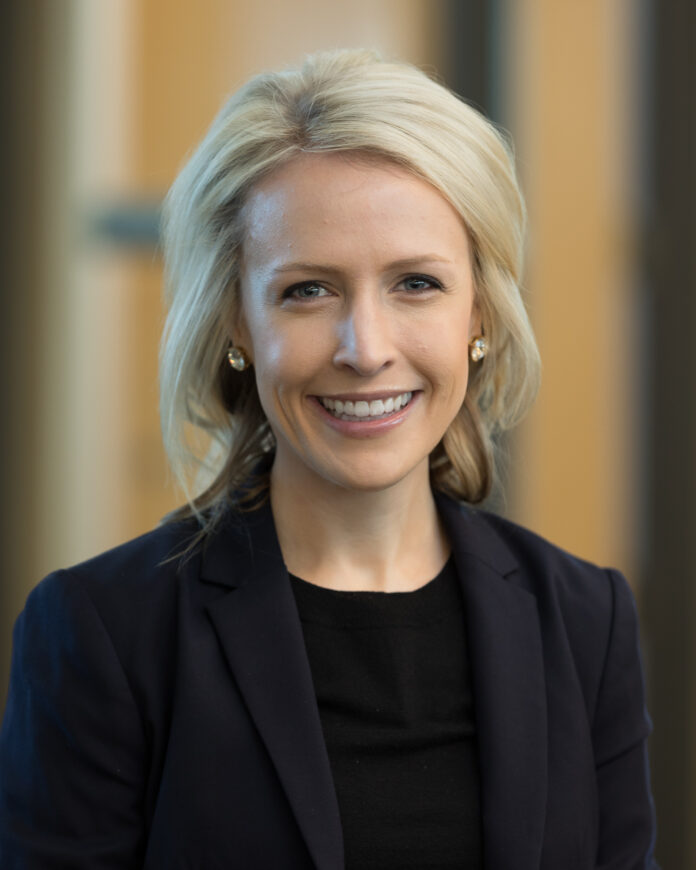 Caitlin Russell has moved into the role of president at Russell Construction & Development, a company founded nearly four decades ago by her father Jim Russell.

In her new position, Ms. Russell is the second highest officer in the company and responsible for overall company leadership tasks, roles and strategies. Jim Russell will continue to serve as CEO and play a central role in the company’s focus on strategic growth, business development and culture.

Ms. Russell joined the family business in 2009 as project engineer and quickly advanced to project manager before transitioning into a leadership role in real estate development. Under her direction, real estate development has become a core business component. Notable projects include: the IH Mississippi Valley Credit Union headquarters in Moline, the former Jumer’s Castle Lodge redevelopment in Bettendorf and the Russell Industrial Park now under construction in Davenport.

“I have the entire Russell team to thank for helping me develop over the past 12 years and I am looking forward to taking this next step as we plan for the future,” Ms. Russell said in a news release.

Jim Russell, who founded the company in 1983, is excited to see her role elevated. “Caitlin is ready to take on the role of president at Russell – she has proven to be a strategic business leader and valuable team member,” he said in the release. “I look forward to watching her take the company to the next level.”

Headquartered in Davenport, Russell is a regional and national provider of construction and development services with an office in St. Louis, Missouri.