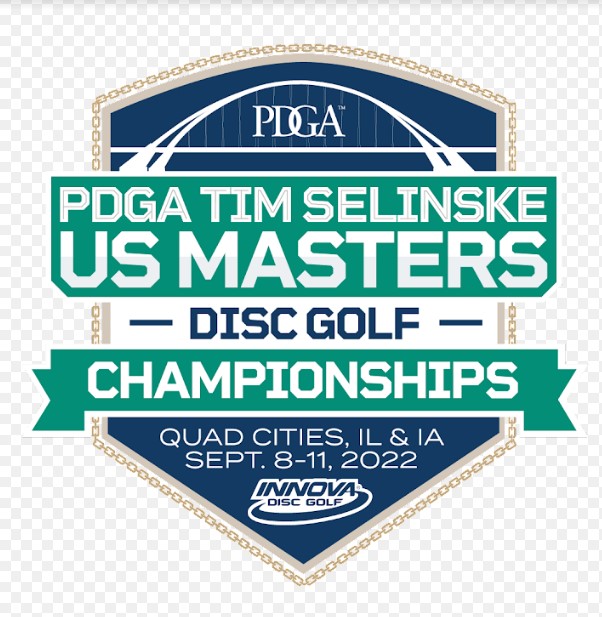 The professional and amateur players competing are men and women ages 40 and older and represent 37 states across the country. The qualifications to compete included having the minimum number of tournament points and PDGA membership. The professional level will be competing for more than $15,000 in cash prizes.

The event originated in 2000 in La Mirada, California, with Tim Selinske, co-founder of Innova Disc Golf, as the original tournament director. After his death in 2009, the event was adopted by the PDGA and put up for a bid process to be hosted by various U.S. cities.

“We are thrilled to host another PDGA major event in the Quad Cities,” said Joan Kranovich, director of sports & business growth for Visit Quad Cities.  “Disc golf and the activation of our courses are important to our sports tourism landscape.”

“The event will drive economic development and growth, as well as continue to put our disc golf scene on the map nationally,” she added.

Ms. Kranovich said the addition of Snowstar’s Coal Creek Ridge Extreme Disc Golf Course to this year’s lineup for the pro-level players “is also a game-changer in terms of adding a new level of competition in the area.”

Here is the tournament schedule:

The public is invited to watch the disc golf play throughout the week and attend the Fly Mart on Thursday.

Competitors will travel throughout the Quad Cities during the tournament to play the disc golf courses at Eastern Avenue Park in Davenport; Devil’s Glen Park and Middle Park in Bettendorf; Camden I & Camden II in Milan; and the new course at Snowstar Extreme Sports in Andalusia, Illinois, named Coal Creek Ridge.

For more information, visit the PDGA website at www.pdga.com/2022usmasters.

“We wanted to showcase the Quad Cities scene and provide an economic impact on the area through disc golf,” said Chase Roberts, tournament director.  “We are proud to work with Visit Quad Cities to help facilitate this tournament for our local golfers and more so for the community.”

Disc golf got its start in the Quad Cities in the mid to late 1980s, with the first major promoter being Dale Haake.  After moving to Longview Park from Lincoln Park, both in Rock Island, disc golf got a foothold and slowly started to expand. After a slight lull, the Quad City Disc Golf Club got active and from there promotion and course growth exploded.

A perfect storm of Internet access and big city parks led to a massive change in the landscape as the region grew from one 12-hole course in town to 18-hole layouts in Rock Island, Geneseo, Milan, Davenport, Bettendorf, and Moline.  After more courses were added, the tournament scene began expanding in 2006. In 2009, the Quad City Disc Golf Club hosted the U.S. Women’s National Championship and in 2017, the QC hosted the PDGA Amateur and Junior Disc Golf World Championships.