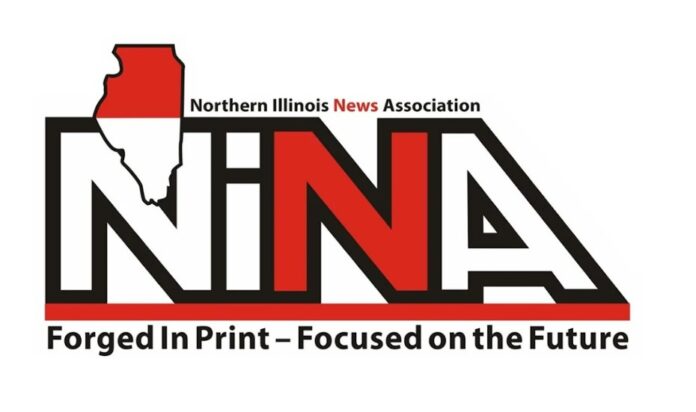 The NINA awards were announced at the 60th Anniversary Celebration and Awards Banquet on Thursday, Oct. 27, at Altgeld Hall on the Northern Illinois University (NIU) campus in DeKalb. At the banquet, NINA Board President Patricia Szpekowski also announced that the news industry organization has been renamed the “Northern Illinois News Association” (NINA, still, for short).

“The QCBJ news team hit the ground running when we launched less than a year ago and these awards are an indication of their amazing journalism and knowledge of the Quad Cities market,” said John Lohman, CEO of the family-owned Corridor Media Group, the parent company of the QCBJ and the Corridor Business Journal, based in North Liberty, Iowa. “I’m grateful for their hard work and specifically for Jennifer DeWitt in helping me assemble such an experienced group of journalists.”

The QCBJ competed in two separate NINA categories — non-daily newspapers and an overall combined category of all dailies and non-dailies. The contest period ran from May 1, 2021, to April 30, 2022. NINA serves news organizations in 29 Illinois counties.

The QCBJ captured three awards in the combined category, competing against other northern Illinois news agencies including various Chicagoland daily and weekly news organizations. The QCBJ’s awards were:

General Excellence, Second Place, QCBJ staff: The category’s winning entries were awarded based on quality of local news and feature content, enterprise, in-depth and watchdog reporting; editorial page leadership; sports content; use of photos/multimedia content; and design including layout, headlines, use of art, flags and related online content. The first place winner was the (Arlington Heights) Daily Herald and third place went to The Evanston Round Table.

Best Website, Third Place: Websites were judged on overall design and content, local emphasis, interactivity, ease of navigation, and extra features not found in the print edition. The Daily Herald captured first place and the Evanston Round Table second.

Mr. Thompson captured second place in the Best In-Depth News category for his work on “Passion Economy: We have found our niche.” The package of stories, which appeared in the April 4 edition, focused on Quad Cities entrepreneurs who during the COVID-19 pandemic chose to follow their passions and create new businesses.

Ms. DeWitt won a third place award for Best Historical Feature for her story “Von Maur: A family department store for the ages.” The piece, which appeared in the inaugural Jan. 24 edition, shared the story of the 150-year-old, fourth generation family-owned retailer with headquarters in Davenport and stores around the nation.

NINA was founded on Dec. 1, 1962, as the Northern Illinois Editorial Association (NIEA), under the leadership of NIU Journalism Department Director Dr. Donald Grubb. The organization initially included 47 newspaper editors dedicated to a free and responsible press. In the fall of 1974, NIEA changed its name to the Northern Illinois Newspaper Association.

“For the third time in its 60-year history, NINA has changed its name to reflect its commitment to Northern Illinois journalism and the changes in our exciting industry,” Ms. Szpekowski said during the recent awards banquet. “By changing the name from ‘newspaper’ to ‘news,’ we recognize that print is no longer the single or necessarily the primary way information is disseminated and that our commitment is not to a particular medium but to the integrity of news in any form.”

Today, NINA’s mission is “to advance the quality, integrity and credibility of journalism and journalism education in northern Illinois.”