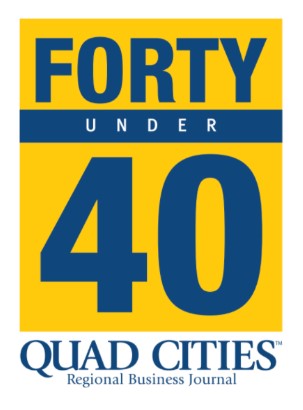 The Quad Cities Business Journal’s inaugural Forty Under 40 award recognizes 40 leaders under the age of 40 who have made a significant impact in their business and community early in their careers.

The event, on Nov. 10, 2022, will be the first of its kind in the Quad Cities. Honorees were selected by a non-partisan committee.