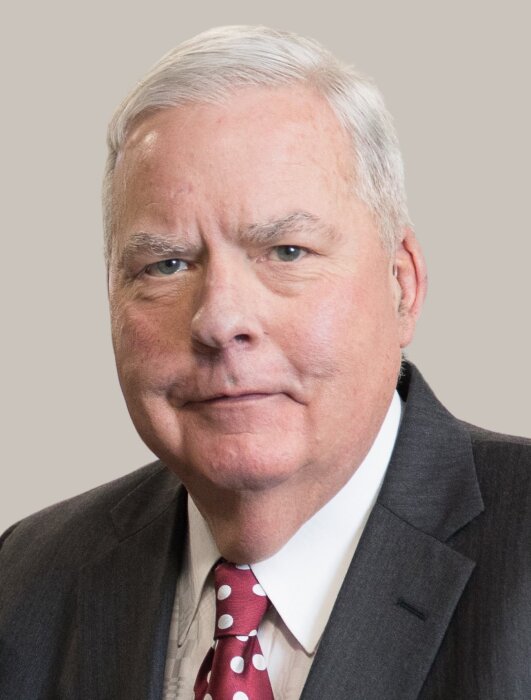 Mr. Duffy, 71, had been both vaccinated and boosted, according to his obituary. Readers can find the full obituary here.

Funeral services and Mass of Christian Burial will be at 10:30 a.m., Wednesday, at St. Paul the Apostle Catholic Church, 916 E. Rusholme St., Davenport. Mass will be livestreamed by clicking https://www.facebook.com/stpauldisciples. Visitation is 4-7 p.m. Tuesday at the Halligan-McCabe-DeVries Funeral Home, 614 N. Main St., Davenport.

Mr. Duffy was born in Minneapolis, Minneapolis, and grew up in Davenport. He graduated from Sacred Heart Grade School, Assumption High School, and St. Ambrose University. He also was a licensed private detective with federal government security clearance.

As a very young man, he joined Per Mar Security and Research Corp, the company founded by his parents, John and Eleanor (Duax) Duffy. He worked his way up from cleaning dog kennels to eventually serving as president and CEO of Per Mar, which now boasts 25 branches across Illinois, Indiana, Iowa, Nebraska, Minnesota and Wisconsin.

Mr. Duffy, who was chairman at the time of his death, was proud of the fact that his son Brian became president and CEO of Per Mar on Jan. 1, 2021.

During his leadership, his obituary said, “the company completed more than 80 acquisitions of life safety companies, eventually becoming the largest family-owned full-service security provider in the Midwest while also operating one of the largest fire alarm sales and service companies in the country, Midwest Alarm Services.”

He also was a tireless community volunteer. He co-founded the grassroots redevelopment organization Rejuvenate Davenport, and served on or chaired numerous business and community boards. They included the St. Ambrose University alumni board, the Scott County YMCA, the Davenport Chamber of Commerce and the Downtown Davenport Development Corporation. He was a member of the Iowa Business Hall of Fame, the Quad Cities Area Junior Achievement Hall of Fame, and the Security Industry Hall of Fame.

Throughout it all, “Mike put family first, scheduling his business commitments around his family life,” his obituary said.

He is survived by his wife, Linda, and children: Brendon (Megan) of Cold Spring, Minnesota; Bridget Murphy (Kevin) of Davenport; Brianna Lane (Mark) of Preston, Iowa; Bradley (Alison) of West Des Moines; Brian (Alexandra) Duffy of Davenport; and Bethany Ketz (Jon) of Lenexa, Kansas; 31 grandchildren; his siblings, Dennis (Ann), and Patricia, both of Bettendorf. He was preceded in death by his parents, his son, Ben, and his grandson, Louie.