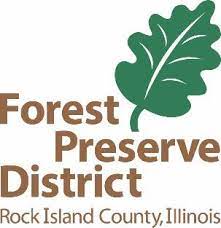 Among other things, the name reflects one of the primary purposes of the developing nature reserve which is intended to be the “Home of the Bees” and other native species.

The commission’s quick endorsement of “Amôwa” seemed almost anticlimactic to Rock Island County Board Member Kai Swanson, who also serves as president of the Forest Preserve Commission. That body’s executive committee has been working for months to find a name that would be a perfect fit for the undeveloped, forested land and the acres of restored native prairies it will one day boast.

From the beginning, Mr. Swanson told the QCBJ the committee’s hope has been to find a name that was true to the region’s rich history, embraced its values, and captured “our hope for the future.”

To help make that happen, the executive committee put out a community call in February for name suggestions. Quad Citians responded in a big way. “There were a lot of people who put a lot of thought into this,” Mr. Swanson said.

More than 100 names were submitted. Many were Native American names, for example, Asshewaqua (Singing Bird) who was Black Hawk’s wife; and Native American tribe names and words, such as Kickapoo (wanderer) and Saukenauk. Others were geographic, for example Big River Bend and Father of Waters. Others offered names from nature: for example, Rusty Patch Preserve. Still others were merely descriptive or personal memorials to local leaders and relatives.

In the end, Mr. Swanson said the committee, and later the commission, opted for Amôwa because leaders believed it best reflected the new preserve’s potential and, importantly, its mission.

The county also worked closely with Native American groups and researchers to ensure that the name chosen was culturally and historically appropriate for the site. The assistance of Katie Moore, director of the Department of Language for the Sac and Fox Nation of Oklahoma, was especially invaluable.

For example, the panel had initially considered a longer Sauk word: Amôwakiki, which is translated as “Home of the Bees”, Mr. Swanson said. But due to the peculiarities of the Sauk language – the final “i” would not be pronounced and the “k” is tricky to pronounce correctly – the committee shortened it to Amôwa, or “bee.”

While only five letters long, Mr. Swanson said the new name is designed to deliver a big punch.

That includes, he said, to evoke in Quad Citians and visitors:

Those species include the Rusty Patched Bumblebee, the American Bumblebee and the Indiana Bat.

Protecting, attracting and restoring native species and plants is one of the main reasons the land is being reclaimed on two forested properties that overlook the Rock River Valley. The site is located about two miles south of the Mississippi River, two miles north of the Rock River and a half mile west of the Interstate 80/88 intersection.

It’s also why the new park is not intended to be a recreational area with crowded playgrounds and campgrounds, though it is meant to be enjoyed and shared, says Illiniwek Park Superintendent Mike Petersen, who has taken the lead on the Amôwa reclamation and restoration.

The acreage will be managed for conservation, he told the QCBJ in May, but it will have trails and small parking areas to encourage visitors to enjoy the preserve. And district leaders are eager to share the area’s rebirth as they restore the native prairies and forest over the next several years.