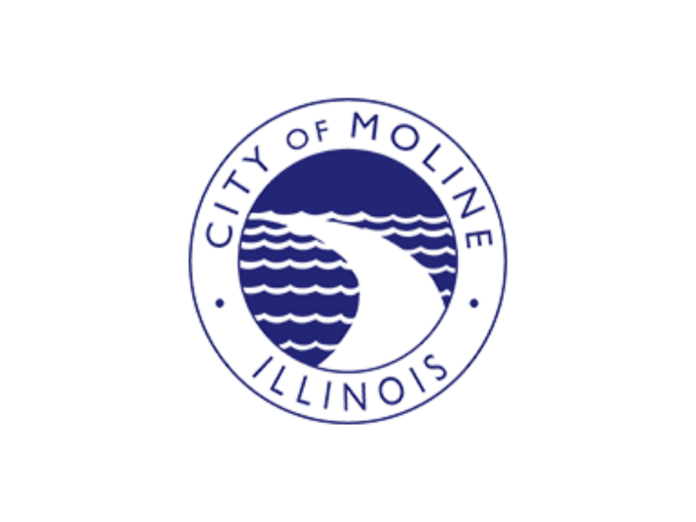 With the addition of two new permanent directors of public works and community and economic development, Moline is one hire away from boasting a full complement of top city staffers.

Friday, April 29, the city announced that Ryan Hvitløk, former director of planning and development in Hutchinson, Kansas, has accepted an offer to be Moline’s new community and economic development director. In addition, the release said Moline’s new director of public works is Michael Doi, who most recently was street superintendent in Collinsville, Illinois.

With the pair of new hires, only one top-level position – city engineer – has yet to be permanently filled but final interviews have already been conducted to find a permanent replacement for Scott Hinton, the longtime city engineer who resigned in January 2020.

Mr. Hinton’s departure was just one of a revolving door of top city leaders in Moline. For example, the city’s community and economic development position had been without a permanent full-time director since April 10, 2019, when then-director Ray Forsythe left Moline after 14 years.

In addition, other top staffers who exited city hall in recent years included former City Administrator Doug Maxeiner, now city administrator of East Moline, and former Public Works Director J.D. Schulte, who retired in March 2021. Many of those leadership positions went unfilled, some for long periods of time during which Mr. Schulte frequently assumed some or all of their extra duties, including serving as acting city administrator.

New city leaders focused on changing that, they said.

“For me, getting needed directors is essential to stabilizing the city organization and delivering results for our residents,” said Mayor Sangeetha Rayapati, who took over leadership of the city in April 2021.

“It’s essential for leadership of employees that report to them as well, and it’s essential to the health of Moline’s future,” Ms. Rayapati told the QCBJ on Monday, May 2. “Stabilization and consistent leadership means we will have the capacity to fulfill our promise of a vibrant and successful community and if we can do that, we have hope for stabilizing our population and being a partner with the rest of the region in growing it.”

Toward that end, a top priority for the city’s new mayor was to find a permanent replacement for Interim City Administrator Marty Vanags, whose year-long contract was set to expire. In June 2021, the council hired Bob Vitas as permanent city administrator.

Under the current Moline City Council and the leadership of the mayor and Mr. Vitas, Moline began actively working to fill the remainder of those positions with permanent leaders. But COVID-19 challenges complicated their efforts.

At that time, Mr. Vitas said, with the city’s recently adopted and ambitious strategic plan, long-term operations budget and an “aggressive schedule of projects and programs we need to launch and get up to speed,” Moline required “more hands on deck.”

Meanwhile, the city continued to conduct searches for permanent full-time leaders, including employing outside recruiters and search firms using the $82,000 Moline had budgeted for the process.

One of those searches found Mr. Hvitløk who last served as director of planning and development Hutchinson, Kansas. Prior to that, he was city planner for Fergus Falls, Minnesota.

Mr. Hvitløk holds a Bachelor of Arts degree from Winthrop University and a master’s degree in urban and regional planning from Minnesota State University.

He is a certified planner through the American Institute of Certified Planners as well as a Certified Floodplain Manager. That city’s website also said he served as a member of the Hutchinson, Kansas, Land Bank.

“I am looking forward to the challenges and opportunities this position provides and am excited to work with and become a part of the Moline community,” Mr. Hvitløk said in the city’s April 30 release. “I appreciate the trust and confidence of the city council and city administration and I am ready to hit the ground running on Day One.”

Previously, Mr. Doi was director of public works in several smaller cities in Missouri. He is familiar with the Quad Cities, having formerly worked as street superintendent for the City of Davenport, according to the April 29 news release.

“As a public works professional, I look forward to combining my 30-plus years of experience in public works and city government with the wealth of knowledge, experience and expertise already existing in Moline to continue fostering the city’s proud past, exciting present and promising future in alignment with the goals and objectives of the council and city administrator,” Mr. Doi said.

Mr. Vitas touted the progress that has been made in filling Moline’s top jobs with quality candidates.

“Successfully recruiting three new directors to fill long-standing vacancies reaches a milestone in rebuilding the city organization, Mr. Vitas told the QCBJ on Monday. “Each of these professionals will lead key departments to advance Moline’s numerous goals slated for the next several years in the city’s strategic plan. As city administrator, I could not be more pleased with this outcome and what it means to this administration as we continue to rebuild and retool the organization to produce meaningful results for our citizens and businesses.”