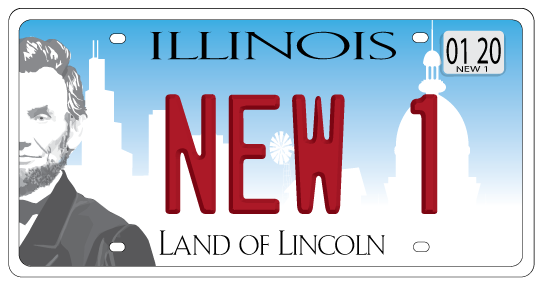 Henry and Rock Island counties would join 20 other Illinois counties slated to be added to the state’s roadway camera monitoring program under a pair of bills awaiting Gov. J.B. Pritzker’s signature.

The state’s original pilot program was authorized through a $12 million state grant from the Tamara Clayton Expressway Act (Expressway Camera Act). That law was named for a woman who was shot and killed while driving on a Chicago area expressway on her way to work in February 2019.

The pilot program was limited in scope to Cook County and set to expire in July 2023, though advocates voted to expand it throughout the state. Under HB4481, the monitoring program would be extended to June 2025 and the number of counties increased twentyfold.

In addition to Rock Island and Henry counties in the Quad Cities, with the governor’s signature, other new jurisdictions where the cameras can be added include: Boone, Bureau, Champaign, DeKalb, DuPage, Grundy, Kane, Kendall, Lake, LaSalle, Macon, Madison, McHenry, Morgan, Peoria, Sangamon, St. Clair, Will and Winnebago.

In all, 6,300 miles of new roadways would be impacted by the pair of bills that were passed on the last busy day of the spring General Assembly session, which adjourned early to allow state lawmakers time to campaign for the June 28 primary election.

The camera monitoring program collects information from a vehicle’s rear license plate which then allows law enforcement to place a vehicle at the scene of an expressway crime. Under HB260, police and the state attorney general’s office also would be able to use scanner camera footage to target crimes of hijacking, murder, criminal sexual assault, robbery, burglary, arson, kidnapping, aggravated battery and gun running.

Supporters of the bills include the Illinois State Police, who would have input over which highways will be equipped with the cameras and where they will be placed.

“We stand ready to collaborate with the Illinois State Police to address gun violence and other violent crimes occurring on our highways and expressways,” Illinois Attorney General Kwame Raoul said in a statement after the bills’ passage. “We are committed to capturing and holding accountable individuals who terrorize residents and visitors traveling Illinois roadways.

Under the pair of bills, however, investigation of so-called petty offenses, including speeding, would continue to be prohibited.

“We have technology that can help prevent and investigate crime to keep residents safe, and we need to expand, improve and fund law enforcement access to that technology in bills such as these two,” said former Illinois Sen. John Connor, D-Lockport, who co-sponsored the bill before his recent retirement.

“By giving local law enforcement wider access to camera technology that’s already in existence,” Mr. Connor added, “we are giving them better tools in the toolbox to build cases and make arrests.”

Opponents of the measures include civil liberties groups which also had concerns over the initial pilot program and the potential for misuse of the cameras. Such groups also were concerned about the inability of those targeted by the scanners to access their own footage through the state’s Freedom of Information Act.

Among the lawmakers to object to the FOIA exemption was Rep. Curtis J. Tarver II, D-Chicago. “Anytime a camera can record a constituent of mine and the constituent cannot ask for the images, that’s a problem,” the personal injury and civil rights lawyer said during floor debate.