The unemployment rate across Illinois remained unchanged at 4.6% in May compared to April while nonfarm payrolls increased by more than 12,800 jobs over the month, the Illinois Department of Employment Security (IDES) announced.

The latest unemployment statistics, released by IDES on Thursday, June 16, are based on preliminary data provided by the U.S. Bureau of Labor Statistics (BLS).

The data shows the largest over-the-month employment gains were in these industries: Leisure and Hospitality (+6,000 jobs), Educational and Health Services (+3,300) and Construction (+2,600). Illinois industry sectors reporting monthly payroll declines were: Trade, Transportation and Utilities (-800), Other Services (-800) and Mining (-100).

The IDES also reported that it has revised April’s payroll statistics from +9,300 jobs to +6,400 jobs as compared to the preliminary report. The April unemployment rate remained unchanged at 4.6% in the revised report.

“We’re pleased to see the continuation of Illinois’ economic growth,” Deputy Governor Andy Manar said in an IDES news release. “We encourage job seekers and businesses across the state to visit Get Hired Illinois or IllinoisJobLink.com for today’s latest resources.”

DCEO Director Sylvia Garcia said the state “has made long-term sustainable progress in adding jobs and lowering unemployment since the state fully re-opened in June 2021.”

“We’re encouraged to see gains in the leisure and hospitality, construction and education sectors and continue to support our workforce through training and programs for job seekers,” she added. 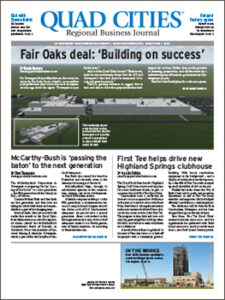