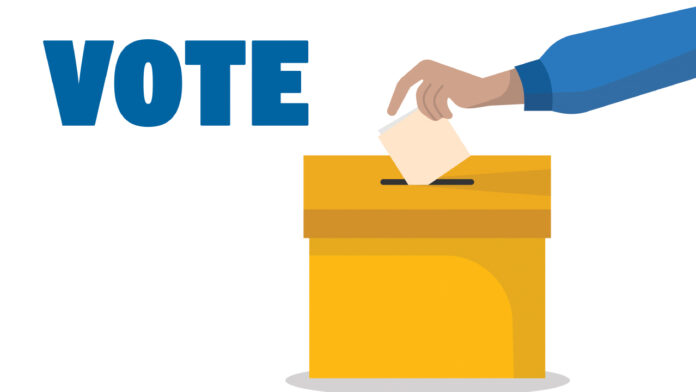 Get immediate, unlimited access to all subscriber content and much more.
Learn more in our subscriber FAQ.

Early voting in the Tuesday, June 28, primary election began Thursday, May 19, for most Illinois counties, including the Illinois Quad Cities region. Voters in Rock Island, Henry and Mercer counties who want to see a list of all the primary races on their own election ballot can find a sample ballot, including county board races, by entering their address at ballotready.com.

At the top of Illinois ballots, Republicans will choose from among seven candidates seeking to unseat U.S. Sen. Tammy Duckworth, who is running for a second term and is unopposed on the Democratic ballot.

In Illinois’ 17th Congressional District, a number of candidates from both parties are vying to replace U.S. Rep. Cheri Bustos, D-Moline, who opted not to run for a sixth term.

Candidates for the Republican nomination are: Charles “Charlie” William Helmick, Jr., a small business owner from East Moline, and Esther Joy King, of East Moline, who mounted a strong challenge to Ms. Bustos two years ago.

Six Republicans also are vying to be Illinois’ next governor. The candidates with the highest profile and whose dueling commercials are filling the Quad Cities airways and television commercials are Illinois state Sen. Darren Bailey and Aurora Mayor Richard Irvin.

In Senate District 36: GOP voters will choose between Rock Island Mayor Mike Thoms, who says if he wins he’ll retain his mayor’s post, and Glen Evans Sr., of Rock Island, a frequent candidate for office. The winner will face state Rep. Michael W. Halpin, D-Rock Island, who opted to run in the redrawn Senate district, instead of his current 72nd District House District.

In Senate District 47: Current Republican State Sen. Neil Anderson, whose Andalusia, Illinois, home was drawn out of the old 36th Senate District, is running unopposed. His large new 16-county district includes all of Mercer County and parts of Henry and Rock Island counties.

In House District 71: Incumbent Republican Dan Swanson, of Alpha, faces a GOP primary challenge from Matthew Rauschert of Avon. The winner will face Democrat Christopher Demink who is running unopposed on June 28.

In House District 74: Incumbent state Rep. Ryan Spain, R-Peoria, is the only candidate on the ballot for either party.

In Rock Island County, the only contested countywide primary is to replace retiring Sheriff Gerry Bustos. Democrats are: Darren Hart, of Andalusia, a lieutenant in the sheriff’s department; and Marcus Herbert of East Moline, a sheriff’s department special deputy. The winner will face Patrick Moody of Andalusia who is running unopposed in the GOP primary.