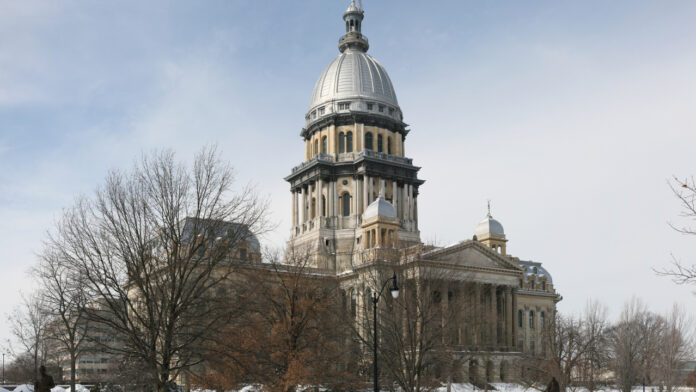 Illinois is once again without the services of the top state investigator nominally charged with rooting out legislative corruption.

The LEC is made up of four Democratic lawmakers and four Republican lawmakers who are appointed by the four General Assembly leaders.

Former inspector general Carol Pope originally quit the position in a July 14, 2021, letter of resignation to the LEC.  In her letter, Ms. Pope said, “The LIG has no real power to effect change or shine a light on ethics violations, the position is essentially a paper tiger.”

A lack of real investigative teeth also were common complaints from Julie Porter, a former prosecutor, and state Rep. Tom Homer, both former LIGs. They joined Ms. Pope in complaining about the lack of real investigative powers that lawmakers have failed to address in past efforts to reform the LIG and LEC. Ms. Porter reported in 2020, for example, that during her tenure lawmakers on the LEC had buried a report in which she concluded one of their colleagues had engaged in wrongdoing.

More recently, Ms. Pope, a former prosecutor, tendered her resignation effective Dec. 15, 2021, after a bill passed earlier in 2021 did not create meaningful ethics reform. The former appellate court judge, however, later agreed to stay on through Jan. 6, 2022, after an impasse within the LEC to fill the vacant LIG position, Sen. Tracy said. On Thursday, she added, Ms. Pope stepped down, “leaving complaints of wrongdoing unanswered and uninvestigated.”

Ms. Tracy said that she had “worked tirelessly” to find a replacement for Ms. Pope. She blamed Democratic members of the LEC who she said “left a meeting before a vote was taken in October, saying they did not want to ‘rush the process,’ and have since employed several other stalling tactics to confound the process and push for a candidate that was not recommended by the LEC’s Search Committee.”

That committee “interviewed multiple candidates and recommended two qualified candidates, and we should have been able to fill this position in a timely manner,” Sen. Tracy said. “But several Democrat members of the LEC did not commit to seeing the process through, and we find ourselves without a qualified LIG to address legislative ethics complaints.”

Democrats, including Rep. Kelly Burke, D-Evergreen Park, chair of the House Ethics & Elections Committee, disagreed with the LEC assessment, according to a report by Capitol News Illinois.

“Senator Tracy’s claims today are wildly mischaracterizing the situation,” she is quoted as saying. “Democrats have sought to advance two candidates for final selection, both of whom have been deemed qualified by the search committee and the LEC. Republicans have blocked that effort, insisting on only advancing their preferred candidate — even though both candidates have worked for former Governor (Bruce) Rauner and have demonstrated nonpartisan, professional expertise. In fact, both are also former federal prosecutors.”

In addition to finding a new inspector general, Sen. Tracy has introduced legislation that would give the new LIG subpoena powers to investigate ethics complaints against members, require LEC meetings be publicly posted and open to the public, and no longer allow elected officials to serve on the legislative investigative body.

“The LEC should conduct its business in a public forum, and its members should not be elected officials,” she said. “We are also seeking to give the LIG the tools to independently and effectively investigate allegations of ethical misconduct against state lawmakers.”