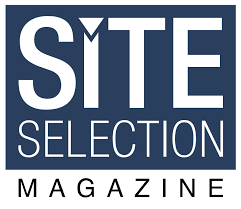 Illinois ranked third in the nation for corporate expansion and relocation projects per capita in 2021, according to Site Selection magazine.

The Land of Lincoln finished behind only Texas and Ohio in the influential and data-rich Site Selection website’s annual Governor’s Cup report on economic development nationwide.

Illinois moved up a spot in 2021 to place third with 480 projects that accounted for 21,000 jobs and $3.5 billion in investment last year. It beat out California with 301 projects and North Carolina with 282 projects, which ranked fourth and fifth, respectively.

“Companies want to be in Illinois to take advantage of our central location and productive workforce,” Dan Seals, CEO of Intersect Illinois, said in a news release. Intersect is a public-private partnering agency charged with recruiting businesses to Illinois.

“These rankings also reflect our focus on key industries like electric vehicles and healthcare, where Illinois has particular strengths,” Mr. Seals said in the agency’s news release.

Site Selection also named the Chicago metropolitan area as the Top Metro for corporate investment for areas with populations over 1 million for the ninth straight year. The magazine cites food, e-commerce, manufacturing, life sciences and tech as being drivers for nationwide growth and notes that the Chicago region’s diverse economy makes it well-positioned to accommodate projects in these sectors.

The Top Illinois projects included in Site Selection’s count include:

“Illinois is the best place to live, work and do business and our state continues to be a national leader when it comes to having the ingredients businesses need to succeed,” said Sylvia Garcia, acting director of the Illinois Department of Commerce & Economic Opportunity. “Under Gov. (J.B.) Pritzker’s leadership, Illinois continues to be a leader in world class talent, strong infrastructure and high quality of life.”

Mark Arend, editor-in-chief of Site Selection, said the Governor’s Cup rankings “recognize not only the winning governors, but their entire economic development teams, and by extension, the many professionals throughout their states who work every day to attract new investment and retain and grow existing businesses.”

Site Selection’s yearly analyses are regarded by corporate real estate analysts as “the industry scoreboard,” Intersect Illinois said. To qualify, projects must meet one or more of these criteria: investment of $1 million or more, creation of 20 or more new jobs, or 20,000 square feet or more of new space.