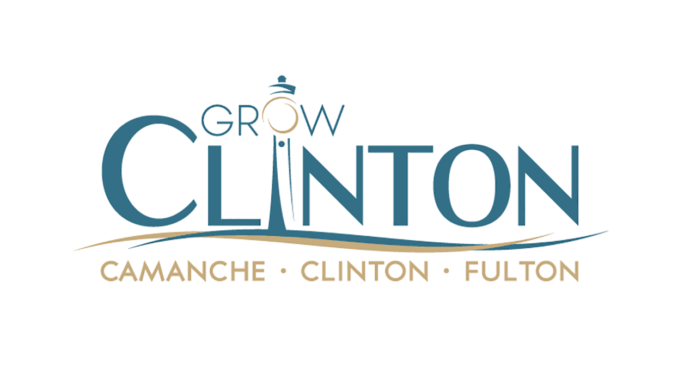 The new entity is being led by Andy Sokolovich, who had previously served as vice president of economic development with the CRDC before being promoted to interim leader of Grow Clinton and now as its president and CEO.

We like everything about this new entity including its name, which simply puts a guiding perspective into everything it does.

Most smaller communities understand the critical need to grow. But they fail to make structural changes that enable faster and a more concerted effort on growth as well as cut down on unnecessary duplication of duties and costs.

“The Greater Clinton Region is too small to be big and too big to be small,” Mr. Sokolovich said in a recent QCBJ article.

Mr. Sokolovich has the right perspective to help Clinton grow.

We would also encourage Mr. Sokolovich to develop a stronger relationship between Clinton and the Quad Cities Chamber of Commerce. Having an even larger geographical and population base — nearing 500,000 residents in the Greater Quad Cities region — will help not only Clinton but the entire region with bigger economic opportunities.

Mercado is a QC gem

Economic development officials talk often about placemaking to attract people and businesses. Mercado on Fifth is doing this in a big and authentic way that the entire region should recognize and embrace.

The open-air Friday night market kicks off again on May 27 at its home on the west end of Moline’s Fifth Avenue. The downtown marketplace will run through Sept. 30. But that won’t be the end of the 2022 cultural celebration that is Mercado.

A new indoor space, a Food Truck Lane where vendors will dish up Wednesday lunches, and the first-ever Quad Cities Day of the Dead Parade all will debut as part of Mercado on Fifth’s 2022 season.

Mercado on Fifth in its sixth year of operation continues to be more than a festival. It has provided a platform for more than 30 minority-owned businesses in the region; launched the Food Protection Manager course in Spanish at Black Hawk College; and has helped the City of

The evolution of Mercado into a cultural and economic development force is what its late co-founder, Bob Ontiveros, the founder of Group O, had envisioned.

We look forward to its continued success.