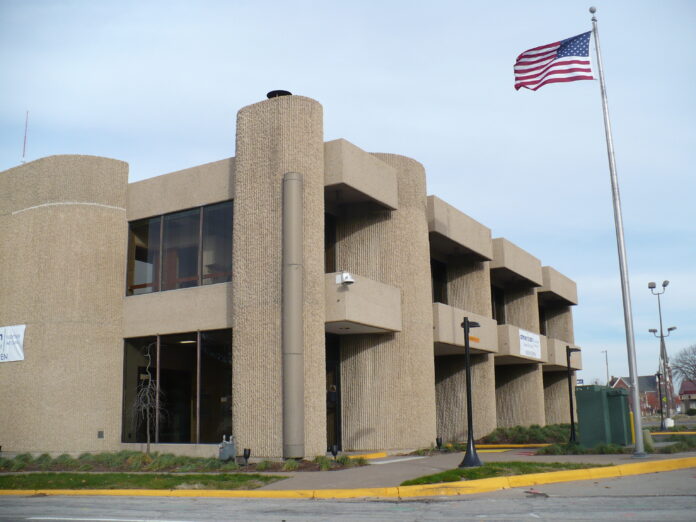 A downtown Rock Island office building is getting a new lease on life as a new branch for American Bank & Trust Co.

American Bank recently opened in the renovated two-story office building at 1600 Fifth Ave., the former site of US Bank.

The bank’s drive-thru and walk-in teller areas opened for business in early September. The new branch, which replaces a temporary branch at 2013 2nd Ave., will not have a traditional lobby area.

Mr. Sorensen added that an official grand opening is planned for early December once construction has been completed on the building’s second floor.

That second floor — divided up into three new offices — will likely be rented out to one or more businesses that are looking for a new home, he said. “The view will really be awesome from those offices.”

The new bank itself already is generating excitement in the Rock Island community.

“All of our customers have really been happy with the new bank so far,” said Rachel Culleny, a lead banker at American Bank & Trust’s new branch.

Ms. Culleny added the American Bank & Trust branch was located in a temporary trailer in downtown Rock Island for about a year before the new building was available.

American Bank President and CEO Jeff Rose said the bank is “thrilled to be continuing our strong support of downtown Rock Island, local businesses and consumers.”

Mr. Rose added “100% of the shareholders and 100% of the management team” from American Bank are based in the Quad Cities. “We are proud of our heritage with the city of Rock Island… and look forward to investing in the future of the city.”