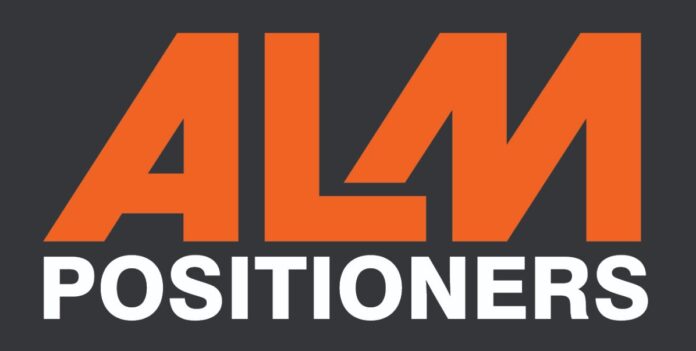 Rock Island-based ALM Positioners has announced the completion of a management buyout that includes a new minority interest by McCarthy-Bush Corp. (MCB), Davenport.  ALM Positioners, a supplier of intelligent automated lift and positioning equipment to the manufacturing industry, announced that the management buyout marks a new chapter in the 40-year-old company’s history. Under the deal, […]
Already a subscriber? Log in

Get immediate, unlimited access to all subscriber content and much more.
Learn more in our subscriber FAQ.

Subscribe Now
Rock Island-based ALM Positioners has announced the completion of a management buyout that includes a new minority interest by McCarthy-Bush Corp. (MCB), Davenport.  ALM Positioners, a supplier of intelligent automated lift and positioning equipment to the manufacturing industry, announced that the management buyout marks a new chapter in the 40-year-old company’s history. Under the deal, which closed July 29, the growing company’s ownership now includes ALM Management, MCB and KVCI, the company said in a news release.  The company’s leadership team of President Pat Pollock, Chief Financial Officer Mark Ross and Chief Revenue Officer Kevin Toft will continue in the same roles under the new ownership. Details of the transaction were not disclosed.  Minority owner KVCI (short for Konza Valley Capital Inc.) is an Overland, Kansas-based company that invests in Midwest companies in the manufacturing, service, distribution, retail and technical-related industries.   In separate news releases, ALM Positioners and MCB said the move supports both companies’ long-term strategies for ongoing growth and expanding its customer offerings.  Mr. Pollock said the buyout and “resulting investments will support several opportunities and developments including the integration of new technologies that will help address the skilled labor shortage.”  “The partnership will allow us to expand our capabilities and sharpen the focus of our current business strategy; helping our customers compete globally by enabling them to work better, faster and safer,” he added.  ALM Positioners was founded in 1982 by Douglas Grunnet, who had a vision to create material handling equipment that would redefine how manufacturers assemble and weld. Mr. Grunnet remains involved with the company.  Since 2015, the southwest Rock Island company has experienced rapid growth as its positioning equipment has earned industry-wide acceptance due to its innovative product design and commitment to customers’ needs and requirements. For McCarthy-Bush, the move also marks a new milestone in its evolution of manufacturing investments. MCB, a five-generation, family-owned, operates subsidiaries in the construction, mining, real estate development and steel fabrication sectors.  “We’re thrilled to formally partner with ALM Positioners as they drive growth and innovation across the manufacturing industry,” Greg Bush, CEO of McCarthy-Bush, said in the release.  MCB first became familiar with ALM Positioners working with it through Oertel Metal Works, one of three of MCB’s manufacturing companies.   “ALM’s team of talented professionals deliver advanced solutions to the market, and we’re excited to bring our differentiated experiences and knowledge to the organization,” Mr. Bush said.  According to its website, ALM Positioners was founded as an import products company, but quickly became known by the automotive and heavy vehicle industries for its lift equipment capabilities. In the 1990s, it was approached by heavy equipment maker Caterpillar to design and build a lift to load and unload assembly lines at its factories. That value-added solution led Caterpillar to reach back a decade later for ALM Positioners to design and build a custom headstock/tailstock positioner solution.  The company credits its early partnership with Caterpillar for solidifying its role in the positioning equipment business. After rapid growth from equipment designed and supplied to Caterpillar in the early 2000s, the company later expanded its customer base with John Deere, Manitowoc Crane and others. With a shift in focus to custom design and engineering, its product reach continued to grow.  In fact, Mr. Ross, the company’s CFO, said ALM Positioners will unveil a new line of advanced manufacturing automation at the upcoming FABTECH 2022 trade show in November in Atlanta, Georgia. For more information on ALM Positioners, visit here. For information on MCB, visit here.