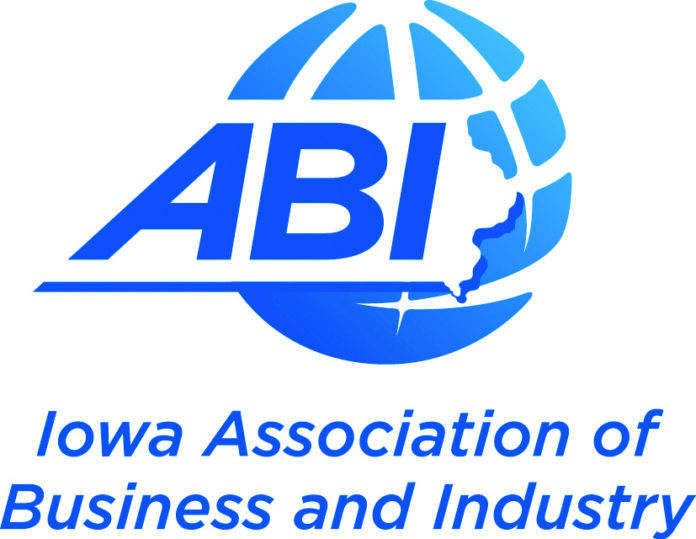 The Iowa Association of Business and Industry’s (ABI) political action committee (IIPAC) has announced its Friends of Iowa Business endorsements for 2022.

In a news release, ABI officials said its IIPAC endorses incumbent legislators who support getting Iowans both back to work and upskilled by voting to change Iowa’s unemployment system to a re-employment system, and its endorsements of candidates for open seats and challengers reflect individuals who are committed to ensuring Iowans have the best quality of life and career opportunities.

“These candidates are committed to advancing pro-growth policies and support providing more economic opportunity for all who live in our great state,” ABI PAC board chair Kirk Tyler said in the release.

“The business climate in Iowa has been transformed over the last number of years as the governor and the Legislature have prioritized pro-jobs policies,” ABI president Mike Ralston added. “It’s vital that Iowans elect candidates who want to continue to move in this direction and make us even more competitive as a state.”

Secretary of State
Paul Pate (I)

Secretary of Agriculture
Mike Naig (I)

The nonpartisan IIPAC Board, comprised of IIPAC investors who are also ABI members, makes the Friend of Iowa Business selections.

Candidates are evaluated on their support for a competitive business climate and their focus on a regulatory climate conducive for job creation. Criteria included positions on issues based on interviews, stated approach to general business community concerns, voting records of incumbent candidates, and input from ABI members and IIPAC contributors.

The Iowa Association of Business and Industry has been the voice of Iowa business since 1903. Its mission is to provide a strong, unified voice to business and industry on issues affecting Iowa employers. ABI is comprised of 1,500 member companies of all types and sizes in all 99 counties employing more than 330,000 Iowans.