When the idea first hit Dave Heller –  the driving force behind making Davenport’s Modern Woodmen Park a nationally-renowned tourist destination – he knew he had another home run on his hands. 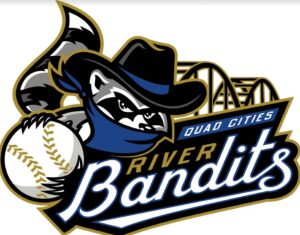 However, putting his Quad Cities River Bandits opposite their long-time regional rivals, the Cedar Rapids Kernels, in a minor league version of Major League Baseball’s smash hit “Field of Dreams” game has far surpassed even the wildest dreams of the Bandits’ majority owner.

MLB announced that tickets are sold out for the Tuesday, Aug. 9, Bandits-Kernels game near Dyersville, Iowa, which is roughly an hour northeast from Cedar Rapids and 90 minutes north of the Quad Cities.

Capacity is 8,000 at the temporary stadium erected to host last year’s inaugural, nostalgia-filled big-league game next to the beloved “Field of Dreams” movie site.

So, unless local fans purchased tickets already, the only way people from either community can now soak up the special atmosphere of the 6 p.m. contest is by watching it on national TV.

MLB Network is televising the game live with their regular crew of play-by-play announcer Greg Armsinger, analyst Harold Reynolds, and on-field reporter John Morosi. The telecast also will stream live on the Internet at MiLB.TV.

“We are thrilled to be able to play at such a perfect location for baseball fans from Eastern Iowa and around the world,” Mr. Heller said. “This is an opportunity that we have hoped for since MLB announced plans to build a ballpark in Dyersville, and to see it come to fruition is really exciting for our organization, and for (our MLB affiliate the) Kansas City Royals, our players and baseball fans from across the region.”

Mr. Heller’s dream scenario is the opening act for MLB’s encore to the inaugural “Field of Dreams” game. Besides a capacity crowd last August, the first MLB game ever played in the State of Iowa attracted 5.9 million viewers – the largest audience for a nationally televised regular-season baseball game in 16 years on the FOX TV network.

The pre-game celebration included a timeless tribute from the film’s star, Kevin Costner – who played the Iowa farmer who plowed under his corn to build a baseball field for “Shoeless Joe” Jackson and other members of the banished Chicago White Sox in a journey of self-redemption for his own relationship with his late father.

The current White Sox and New York Yankees also emerged from the cornstalks for pre-game introductions – in one of many homages to the acclaimed 1989 film. The back-and-forth affair also featured eight home runs – two by current MLB leader Aaron Judge – and a storybook finish provided by the game-winning, walk-off homer in the bottom of the ninth inning by Sox star Tim Anderson.

FOX TV again is televising the “Field of Dreams” game on Thursday, Aug. 11. The Chicago Cubs and Cincinnati Reds – two of baseball’s oldest franchises – will wade through the cornstalks and wear throwback jerseys, same as last year to capture the 1919-era of the “ghost players” referenced in the movie.

The Bandits and Kernels are following suit – and adopting the identities of past teams from their respective communities.

The Blue Sox and the Bunnies

So, for a night, the two Midwest League staples again will be the Davenport Blue Sox – the Bandits’ forerunner during various seasons from 1913-37 – and the Cedar Rapids Bunnies, the club’s name from 1904-32.

“People saw how special that was last year,” said Kernels general manager Scott Wilson. “What an honor now to be part of the first minor league game at that iconic venue. The fact we’re both from Eastern Iowa – and we both have 120-plus years of (professional) baseball history in our communities – makes it even more special.”

Uniforms worn by the players will be part of an MLB charity auction after the game. Each player receives a replica of the game jersey as well as other memorabilia from the experience.

For fans, Official MLB Merchandise trailers are on site for the games – including two at the main entrance next to the red barn. Commemorative programs, pins, key chains, and pennants are among the other collector’s items available at the venue or online here.

The “Field of Dreams” Baseballism Store also is open during the event and available online here.

For ticketholders of either game, specialty food offerings on game day include Iowa State Fair fan-favorites such as cheese curds, deep-fried Oreos, pork tenderloins and “Field of Dreams” nachos topped with pulled pork. Beverages of all kinds also can be purchased in special souvenir cups.

All retail and concession outlets will operate cashless/charge only to keep lines moving.

The game-day itinerary includes the Bandits and Kernels arriving at the movie site with a police escort between 12:30-1 p.m. After the minor league players are allowed to explore the movie site and stadium, gates will open to the public at 3 p.m.

Bandits and Kernels fans are invited to enjoy a pre-game tailgate party in town from 11 a.m. to 3 p.m.

Once open to the public, fans can enjoy a game of catch at the movie site – same as in one of the iconic film’s signature scenes – or play cornhole in the outfield before exploring the corn maze to the stadium for the game. MLB also promises several surprises to enjoy along the path.

The iconic farmhouse at the movie site is not open for public tours during game week. However, there is a museum nearby in Dyersville – with the “If You Build It” Exhibit operating daily 9 a.m. to 7 p.m.

The Beyond the Game Fan Fest also is Wednesday (noon to 8 p.m.) and Thursday (9 a.m. to 6 p.m.) at Xavier High School and West Side Park. Autographs are available from MLB greats Frank Thomas and Tim Raines, as well as Cubs and Reds legends such as Fergie Jenkins, Geovany Soto, Carlos Zambrano, George Foster, Dave Concepcion, and Ken Griffey Sr. A special Kids Zone offers inflatables and other family-friendly fun.

MLB has a number of community initiatives planned around the event. Included is MLB Commissioner Rob Manfred’s scheduled visit to MercyOne Medical Center in nearby Dubuque to honor military members and veterans. MLB also is hosting groups from TAPS (Tragedy Assistance Program for Survivors) and USA Patriots (a softball program for veterans with amputations).

The “Field of Dreams” celebration also includes a softball fundraiser with the USA Patriots playing the movie site’s “Ghost Players” on Friday (Aug. 12).

For more information about the events surrounding the games, visit beyondthegameiowa.com.

There is a long list of MLB security regulations for game attendees to follow at this link. Included is a policy against bags except those necessary for diapers or medical needs. All bags are subject to search. Baseball gloves are not only allowed but encouraged at the “Field of Dreams.”

Tickets come with on-site parking passes, with parking lots opening at 2 p.m. Tailgating is permitted, but charcoal or open flame grills are prohibited.

However, COVID-19 cast that game in doubt – especially after the minor league season was canceled in 2020 and delayed by a month in 2021 because of the pandemic, and the Major League season also was abbreviated in 2020 by shutdowns coast-to-coast.

“They were just trying to make sure they were playing last year’s Major League game – whether or not fans were even allowed,” explained Joe Kubly, general manager of the Bandits.

“But we kept the conversation going. … Now, here we are – something that started 18 months ago is going to actually happen. … It’s a once in a lifetime opportunity for our fans, players, coaches, and staff. It’s going to be a unique event, top to bottom, at a unique place and a unique setting.” 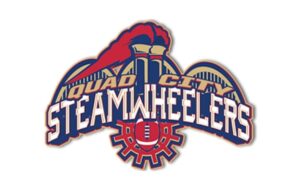 Also living the dream next week are the Quad City Steamwheelers.

The local Indoor Football League team is in their league championship game Saturday, Aug. 13, for the first time since 2001, when the ‘Wheelers capped a 37-1, twin-title run during the first two seasons of the now-defunct arenafootball2 circuit.

The ‘Wheelers financially folded in 2009 – before the af2 also went bankrupt – and remained dormant until the summer of 2017 when current owner Doug Bland resuscitated the club with current head coach Cory Ross for the 2018 campaign in the Champions Indoor Football (CIF) league.

The club shifted to the IFL for the 2019 season but played only one road game in 2020 before COVID-19 shut down the league. Illinois’ crowd-size restrictions during the height of the pandemic also prevented the ‘Wheelers from playing in 2021.

Formerly known as the United Bowl, the title tilt has been rebranded as the Dollar Loan Center IFL National Championship through the 2024 IFL season.

The presenting sponsor also is the host, with the new 5,567-seat arena just minutes from the Las Vegas Strip in Henderson, Nev. The facility is the home of the American Hockey League’s Henderson Silver Nights, the Las Vegas Ignite of the NBA G League, and the IFL’s Vegas Knight Hawks.

The Silver Knights are the affiliate of the NHL’s Las Vegas Golden Knights. The AHL and IFL teams are both owned by Bill Foley, who also owns the NHL club.

The Eastern Conference champion ‘Wheelers will meet the Western Conference-winning Northern Arizona Wranglers at 7 p.m. on Saturday, Aug. 13. Both clubs won a pair of postseason games, with the ‘Wheelers pulling off road upsets in both contests.

“This is another giant step forward for our league,” said Todd Tryon, the IFL’s Commissioner. “We have had a desire to go with a predetermined site for a couple of years now. Given the location, venue, partnerships, title sponsor of Dollar Loan Center and a three-year commitment, the timing was now.”

For those unable to make the trip to Las Vegas, the TaxSlayer Center is hosting a live watch party. Admission and parking are free. The party includes kids’ activities, raffles, and prizes for fans. The title game broadcast on the IFL’s YouTube channel will be shown live on the local arena’s giant scoreboard.

“We wanted to create an opportunity for those fans who aren’t able to make the trip to Las Vegas to experience the IFL Championship Game in a loud arena atmosphere,” said Scott Mullen, Executive Director of the Moline riverfront venue. “It’s going to be a fun night and we want to fill the building to see the ‘Wheelers win.”

The team’s Deckmate Dancers are hosting a series of fundraisers to help afford making the trip to Las Vegas and perform during the game. A GoFundMe page for the dance team has so far raised $2,215 toward a $10,000 goal at this link.