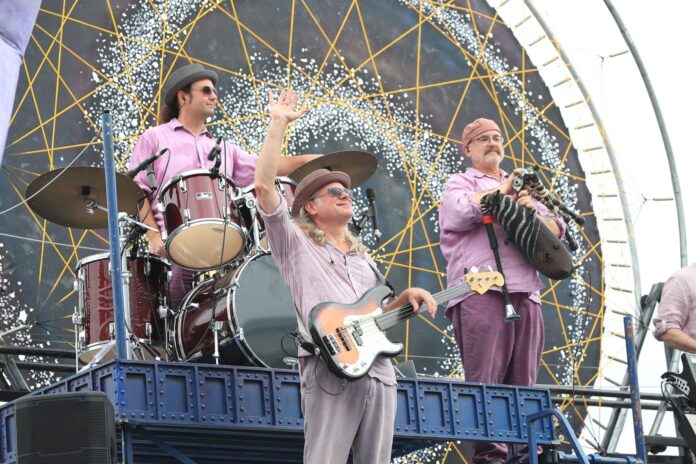 Scores of live music, comedy acts, film screenings and arts-related events are the stars of the four-day Alternating Currents (AC for short) festival that runs from today, Aug. 18, through Sunday, Aug. 21, in downtown Davenport and Rock Island.

“Alternating Currents gives us an opportunity to showcase the businesses and vibrant culture of downtown while at the same time offering four days of great entertainment,” said Jason Gilliland, director of events for the Davenport Development Partnership (DDP). Quad Citians can visit 25 indoor and outdoor venues and sample more than 120 entertainment choices during the five-year-old annual event hosted by DDP, an affiliate of the Quad Cities Chamber.

“The easiest way to navigate the festival is through the Alternating Currents app. Users can build their own adventure through downtown,” Mr. Gilliland said. “The best thing about Alternating Currents is that each person can have their own unique experience by picking the music or comedy shows, films or art exhibits that appeal to them. Maybe you’ll even discover an artist you never knew about that becomes your new favorite.”

Users will find the Alternating Currents app, which is available for Apple and Android devices, at alternatingcurrentsqc.com.  There they can discover the full schedule of music, comedy, film, art and other fun stuff as well as access a map of the downtown venues. All Alternating Currents performances are free to attend. Visitors also are encouraged to travel from one venue to the next, easily identifiable by their yellow Alternating Currents venue signage.

On the app, users will discover music, comedy, film, art, Idea Factory panels, and other fun stuff through easy-to-navigate categories. New features included on this year’s app are:

AC also is home once again to the Stephen King Dollar Baby Film Festival. The horror king gave his blessing for local venues to show films based on his short stories. These unreleased, never-before-seen films will be shown for the free at Alternating Currents.

“The Dollar Baby program aligns so well with our mission to highlight up and coming creatives, and we are thrilled to add this programming to the Alternating Currents Film Festival this year,” Mr. Gilliland said. “This will be a fantastic opportunity to feature filmmakers and will be a popular attraction for festival goers.”

Among the 2022 Alternating Currents highlights are:

More than 50 film screenings will take place at the Figge Art Museum in downtown Davenport. For times, see the AC app.

Ready for a good laugh? Alternating Currents has over 30 comics performing.

Downtown Davenport venues will host music, film, comedy and art experiences. They include:

Venues in Rock Island include: